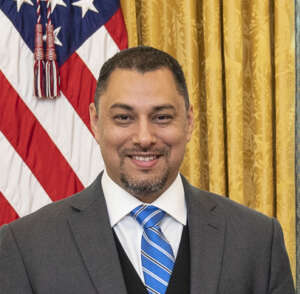 Paul Perez is the President of the Rio Grande Valley Sector Border Patrol Agent’s Union (RGV3307), and also serves as the Executive Vice President of the National Border Patrol Council (NBPC).  He has been re-elected to his position as the President of the RGV Union for 9 consecutive two-year terms since 2002. He has been a National Officer with the NBPC since 2007 and has served as the Executive Vice President since 2016. Paul has been a Border Patrol Agent for 24 years and is currently assigned to the Rio Grande Valley Sector, the busiest sector in the nation. Paul is trained and certified as an Emergency Medical Technician (EMT). He has served as a Field Training Officer for numerous trainee (rookie) agents and was on the sector’s first-ever All-Terrain Vehicle (ATV) Unit. He’s been detailed to work the line in Brownsville, Texas; airport operations in Detroit, Michigan; and line/patrol operations in Tucson, Arizona, all in support of Border Patrol enforcement activities.

Paul also coordinates and oversees the NBPC’s annual national training seminar. In addition to his duties with RGV3307, Paul oversees the NBPC’s Litigation Committee & Legal Division.  In that capacity, he provides oversight of all legal work assigned to each of the NBPC’s attorneys and paralegals who provide administrative and criminal representation, as well as legal guidance, to members of the Union nationwide.

Paul is a native of North Texas and a proud military veteran who has also served as a member of the RGV Sector Honor Guard.